BEHAVIOR:
A: At the station
B: On scene
C: Around the airport
D: Incident reporting
E. Recruiting for other departments and / or agencies
F: Responding to calls with the Firelands R.F.D.

Uniform:
A basic uniform is provided. There are separate polo shirts for each department in the district as well as a Firelands RFD district polo. Duty slacks, pager, and radio are also provided. Uniforms are to be worn at all district / department functions as well as when on duty at one of the district stations.

(At the stations): While you are at the stations you should always be on your best behavior, and always keep in mind that you are representing not only this distict but each individual department and sim as well.  Make sure that you are in one of the approved duty uniforms. Please keep the area in front of the station and inside the station clean of any unneeded clutter.

(On scene): When you respond to a call with the Firelands Rural Fire District you are always expected to be on your best behavior.  Please treat all citizens of the sim with respect. Also please always try to keep a good attitude.  Any and all Incidents should be reported (see Incident reporting section below).

(Around the sim): If you are off duty or on duty please always treat others around the sim with respect. Remember, even when off duty simvisitors (and other sim staff) will still remember your face as being a fire fighter for the Fire District. If you misbehave off duty it still makes the department look bad.

Alerts / tones / paging:
The members of the Firelands R.F.D. are activated for calls / incidents in a variety of ways. The typical chain of events is as follows:
On Scene:
Upon arrival at the appropriate F.R.F.D. station or mutual aid location, all members are expected to don the appropriate safety equipment and turnout / bunker gear. There will be no exceptions to this rule. We are typically operating in public and virtual world or not we will appear to operate in a professional manner.

If available, the Sl-EMA Dispatcher will start announcing the units needed to respond to each call. On most incidents this is not an issue. However, at Stations 51 & 52 this is a huge issue due to a limited amount of prims available.

(Example: Sl-EMA Firecom to the Firelands R.F.D.: you have a motor vehicle accident with entrapment reported at Horse, Aero Pines. Respond with Engine 516, Rescue 517, and Squad 515)

Personal vehicles on scene: while permitted, please try to avoid cluttering up an incident with personal vehicles. If there is any doubt regarding what is or isn't needed on the scene of an incident call the officer in charge / incident commander and see what is needed. We all have been issued radios...start using them.

No call / no show: this, simply put, means that you could not be bothered to let an officer know that you are not going to make it to a call or a training. We are a volunteer based district so leniency will be shown. HOWEVER, attendance will be tracked. It takes time and effort to put trainings together. Continued lack of attendance will follow this chain:

1st- verbal "warning by the duty officer, training officer, or officer in charge (the Fire Chief will not be informed of first offenses)

4th- 3 day suspension from the department

5th- At this point you will be removed from the Fire District and your attendance record WILL be shared with any neighboring departments inquiring about your service here at the Firelands Rural Fire District.

Suspensions: When you are on suspension for attendance you will not be aloud to respond to and calls or attend trainings.  Once your suspension is over you will report to an officer before going on a call.

Leave of absence: report to any officer in writing (via notecard or private IM is acceptable). A notecard is preferred so your request can be passed on to the command staff.

Operating with multiple departments / agencies:
All members that do not respond to our calls yet respond as mutual aid personnel of a higher rank will be placed on an administrative suspension effective immediately and for a two (2) week period. A second incidence of this occurring will result in immediate termination from the Firelands R.F.D. While we fully support our members being involved with other departments and / or agencies it is completely disrespectful to all of our members when this happens.

Recruiting for other departments and / or agencies:
While we expect and fully support our members working with / running with other departments or agencies it is a direct conflict of interest to recruit for another department within our membership. It is also disrespectful to do so without at least seeking prior written approval from the District Chief, District Assistant Chief, or the District Admin / Commissioner. This type of behavior will not be tolerated and will carry one warning with it for non-officer level members. This type of behavior will have a zero tolerance policy for officer level members of the Firelands R.F.D.


(Fire Chief): The position of Fire Chief is the highest rank in the fire department. He or she is responsible for the protection of public safety of the life and property of his or her area of responsibility (in this case the Antilaghi Regional Airport, Aero Pines Park, Alvensleben Resort & Marina, and surrounding sims). The Fire Chief provides administrative leadership as well as command leadership on an incident scene.. The Fire Chief coordinated with any sim owners or Board of Directors as well as with the other support services of the sim we are operating on. He or she delegates authority via the use of the other officers of the department.

(Firefighter): There are different categories as shown below. The primary duties of any firefighter involve attending trainings, continuing education, and of course fire suppression. Reports directly to the Lieutenants.

(Firefighter-EMT or Fire-medic): Duties include all those of a firefighter. In addition an EMT or Fire-medic is also responsible for providing needed emergency medical care while on the scene of an incident. Reports directly to the Lieutenants.

(Probationary Member: All members serve as a probationary member  as outlined in the attendance section.


(Auxilliary): Comprised of wives, partners, and interested outside citizens that would like to assist the department through means other than direct firefighting.   Typically these members participate during open houses or fund raising activities.

(Duty): We have provided as much as we can. You will need combat / duty style boots. Shirt, pants, pager, and radio are provided.

Optional duty uniform accessory- 4MC duty jacket. If you have one of these you may request the department patches for it through the Fire Chief .

Assistant and Fire Chief: WHITE with green or yellow reflectors if possible

SCBA: here at F.R.F.D. we primarily use HD / NextGen fire apparatus. As such the HD SCBA system is required. Cost is minimal (L$99)

Turnout / bunker gear: We can and will provide basic mesh turnout / bunker gear for any member that requests it. However, this is very basic gear and does not include SCBA. It does include a basic helmet that you will most likely want to replace at your earliest convenience.


Dress Uniform:  to be announced

The Fire Chief will direct the overall incident or fire scene.

Safety / RIT Team Lead: this is the ONLY person who can directly over rule the Fire Chief regarding scene or fire ground safety. If the Safety / RIT Team lead instructs the interior attack teams to withdraw they MUST do so at once. 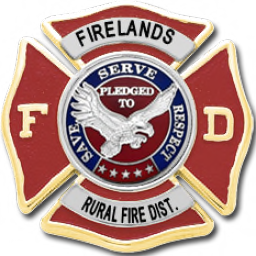